Windsond was used during the Australian National Balloon Championships on April 22-27. The organizer released at least one sonde before each morning and evening flight to get the most up-to-date data to plan fun and challenging tasks for the pilots. In total 15 soundings were made, up to 9700 ft AGL. All sondes were recovered – with one exception closer than 10 m from the reported GPS landing co-ordinates.

Testimonial
The people operating Windsond during the competition reports the following:

In summary the use of windsond was very well received by pilots, event directors and the event professional meteorologist. Readings correlated well with forecast conditions above 5000 ft agl and provided detailed information on conditions below 5000 ft where winds were more difficult to forecast due to localised drainage. To operate the system was simple and intuitive, with an average turn around from launch to return of 45 minutes to 1 hour for reading to around 7500 ft agl with data, maps and recovery of the windsond (up to 10 km from launch). Recovery was often straightforward thanks to the remote cut down feature, allowing us to accurately target landing adjacent to access roads thanks to the live tracking & rolling updated predicted landing points. By the end of the week we could confidently land it within 100 m of a road and the reported landing locations were within 10 m of the actual landing location. We made 15 soundings in total up to a maximum altitude of 9727ft agl and all sonds were recovered. We’ll definitely be using windsonds again in the future. 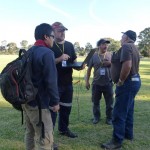 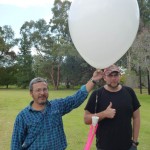 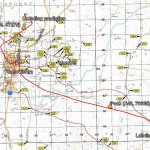 One of the soundings proved problematic, when the altitude reported by the sonde GPS suddenly reported a big drop in altitude although the sonde was still rising. This fooled the sonde to believe the balloon had burst and the sonde was falling, causing it to behave as though going through a landing. The sonde stopped updating the GPS position to save power, as it usually does after a landing. The sonde could still be recovered.

This was clearly a software bug. The altitude reported by the GPS system has proved to be inaccurate in general, and in this rare case particularly unreliable. That’s why all sondes also are equipped with a barometric pressure sensor, which the system usually trusts more than GPS. I’m now modifying the algorithm to inspect air pressure change instead of GPS altitude change also in this case, to avoid such errors in the future.