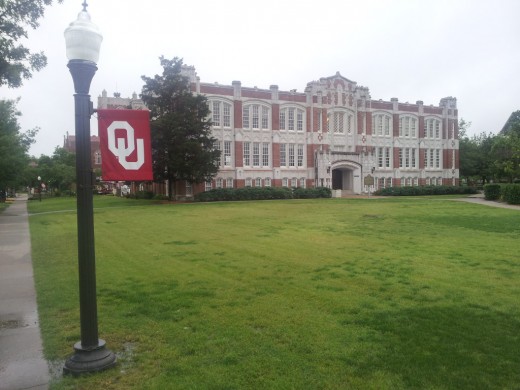 Anders is back from the ISARRA conference in Norman, Oklahoma, USA. The conference was hosted on the University of Oklahoma campus drew around sixty meteorology researchers from Europe and USA. It was very interesting to see the ongoing developments in UAS for weather measurements.

Oklahoma is actually a center for weather research and forecasting. One explanation is how Oklahoma is a hot-spot for extreme weather as it is in the so-called “tornado alley“. Storms, tornadoes, floods, large hail, lightning. Anders passed by areas that had previously been hit by ferocious tornadoes which killed people. The week Anders spent in Oklahoma saw more than its fair share of extreme weather. It was the rainiest month on record and the TV channels were busy showing weather radar pictures and following forming tornadoes. It was very clear how important the weather is to everyday life in Oklahoma.

The Windsond radiosonde met with great interest, both for use as-is and as potential part of bigger systems. We will follow up on the contacts and we hope for many exciting use cases — and to help predicting the dangerous storms of central USA. 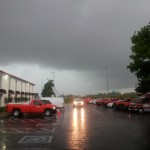 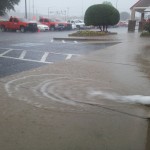 Flushing water during a rain shower 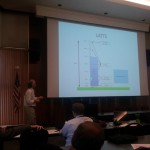 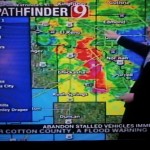